Monroeville, Pennsylvania is located in Allegheny County. This delightful suburb has both residential and commercial developments and is located about ten miles from Pittsburgh. The area was settled in the mid to late 18th Century and named after the first postmaster, Joel Monroe. Originally a farming village, in time it grew into a flourishing suburban community.  It became a Home Rule Charter Municipality in 1974. The town has access to the eastern extension of the Penn-Lincoln Parkway, which makes a direct route to Downtown Pittsburg available. As a result, both residential and business construction has increased, creating a population growth. Today approximately 28,500 people call Monroeville home.

Prospective homebuyers will discover that Monroe has several office parks, high rise hotels, and the Monroeville Convention Center. It also boasts the Monroeville Mall. With the construction of Route 22, farsighted businessmen purchased land along Business Route 22 and built The Miracle Mile, the most significant shopping area of its kind between New York and Chicago when it opened in 1954. Others followed suit, and additional shopping strips were established along Route 22, as well as car dealerships, fast food restaurants, banks and gas stations. With the better roads came the commercial development which led to more housing. Homebuyers who are history lovers will want to visit the McGinley House, the oldest stone house in Monroeville. The McGinley House was built around 1830 and has been restored and furnished as a 19th-century farm dwelling. It has been registered as a historical landmark with the Pittsburgh History and Landmark Foundation. Another great historic site is the McCully Log House. Built in the early 1800s, this log house has undergone a restoration process that was completed in 1995. It is called a Log House instead of a log cabin because it is two stories. This house also has a double-decker front porch, has period furniture, and farm artifacts that represent the 18th-century farmhouse.

This thriving borough has a variety of housing options for potential homebuyers. Monroeville real estate includes ranches, cottages, traditional homes, and newer contemporary homes. Students are served by the Gateway School District. Higher education is also available in nearby locations in the county. With the many historical sites, the great shopping, and the beautiful landscape, Monroeville, Pennsylvania is a place that homebuyers will want to seriously consider when searching for a home. If you would like additional information regarding homes for sale in Monroeville, please allow us to assist you. Contact us today.

This incredible 3 BR, 2 Bath brick cape cod is the home dreams are made of. The cherry kitchen will delight you. Even though the renovations haven't been done for years, ...

Welcome to 1173 Colgate! This is a beautifully maintained , cozy Brick Ranch is the coveted 3 bedroom, 2 full bathrooms , level entry 2 car garage that everyone is loo...

A wonderful brick Cape Cod in the the heart of Monroeville is owned by an ORIGINAL OWNER. With Large living space that includes a wood burning fire place, additional den,...

Welcome to 307 Red Oak Ct. Offered for sale for the first time since built, the home is located in the upscale cul-de-sac community of Timberland Estates. The home is sit...

Courtesy of REALTY ONE GROUP PLATINUM

Brand new everything! Completely remodeled 3 bedroom 2 1/2 bath Cape Cod is a rare find in Monroeville. As you enter the home, you will be impressed by the new luxury vin...

This Adorable-Affordable home that has so much space and tons of potential! Sits back off the road. Covered front porch leads you into this large living room that has g... 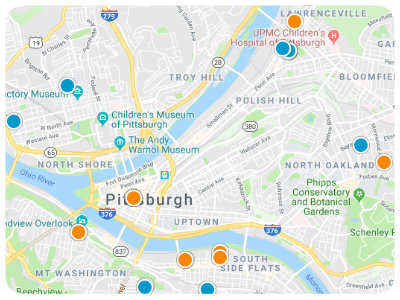